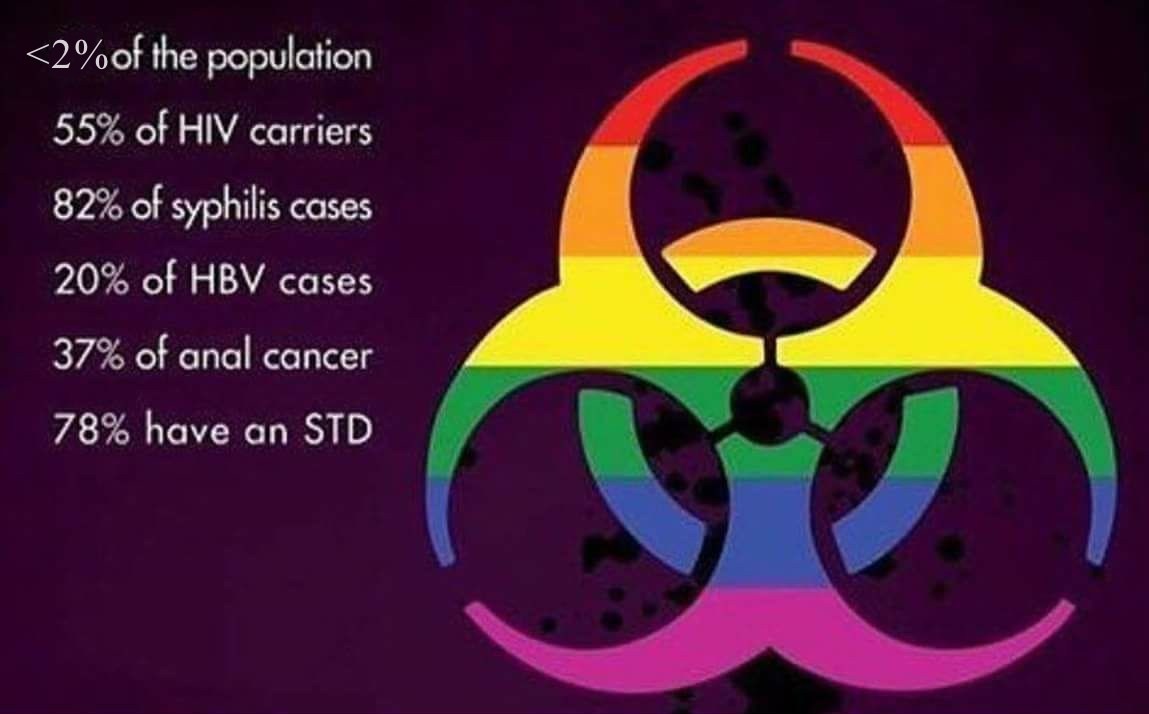 Of verifiable statistics of diseases concerning ‘homosexuals’ in the U.S

And a rainbow biohazard symbol

Which was censored by mod t9r

I submitted an appeal to the den asking for its reinstatement on the grounds that the statistics were accurate and verifiable.

My question is …what precisely  ‘homophobic’ about it ?

And would they still be considered ‘homophobic’ if I reposted the statistics separately from the rainbow biohazard symbol?

And would the symbols be considered ‘homophobia’ if I posted them next to each other.

This is The Den

Welcome to the resolution channel for the Breaking News & Religion website.  You may ask a question or seek resolution to an issue here: